Men with central diabetes insipidus (CDI) have reduced plasma oxytocin levels and increased psychopathology, according to study results published in The Journal of Clinical Endocrinology & Metabolism. The results suggest that men with CDI may have oxytocin deficiency.

Participants with CDI had lower mean 1-hour pooled fasting oxytocin levels compared with participants with anterior pituitary deficiencies (P =.02) and healthy controls (P =.009). There was no significant difference in oxytocin levels between patients with anterior pituitary deficiencies and controls (P =.78).

“Studies examining the safety and efficacy of [oxytocin] replacement will be important before [oxytocin] is clinically prescribed in this population,” the researchers wrote. 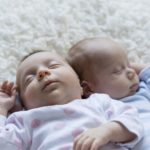