Autonomous cortisol secretion is common in patients with primary aldosteronism and is associated with increased risk for type 2 diabetes, according to study results published in The Journal of Clinical Endocrinology & Metabolism.

In 161 patients with primary aldosteronism, autonomous cortisol secretion was identified in 125 patients (78%) based on at least one of the Cushing screening tests. Of these 125 patients with autonomous cortisol secretion, type 2 diabetes was diagnosed in 6.4%, while there were no cases of diabetes in those with negative screening tests (P =.119). There was no difference in the prevalence of prediabetes (27.8% vs. 27.2%, respectively; P =.945), metabolic syndrome (19.4% vs. 16.0%, respectively; P =.626), fasting plasma glucose, 2-hour glucose levels, or homeostasis model assessment of insulin resistance scores.

In a subgroup of 35 patients with pathologic response in DST, there was a tendency toward higher 2-hour plasma glucose levels (P =.053) in OGTT, thus higher prevalence of type 2 diabetes (20% vs. 0.8%, respectively; P <.0001) compared with patients with primary aldosteronism and normal DST response. However, there was no difference in other glucose metabolism measurements.

Limitations to the study included possible distortion of the effects of glucocorticoid on glucose metabolism over time, as well as other known risk factors for glucose intolerance. Furthermore, the screening tests for hypercortisolism were not repeated following treatment, and the possibility of transient mild cortisol excess cannot be excluded.

“We describe that [type 2 diabetes] and impaired [2-hour] plasma glucose in OGTT [are] more prevalent in [patients with primary aldosteronism] with [autonomous cortisol secretion] than in controls matched for sex, age, and [body mass index]. These results give further evidence for the ‘Connshing’ syndrome and point out the relevance for further investigation of the underlying mechanisms and especially associated risks such as [type 2 diabetes],” concluded the researchers. 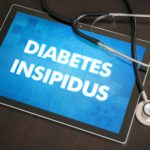