Statin treatment is associated with higher levels of insulin resistance, according to study results published in the Journal of the Endocrine Society.

Although statins may reduce the risk for atherosclerosis and cardiovascular disease, these medications may also decrease insulin secretion and worsen insulin resistance. The goals of the current study were to investigate the association between statin use and insulin resistance using the homeostatic model assessment of insulin resistance (HOMA-IR) in patients without diabetes who participated in the observational Canadian Multicenter Osteoporosis Study (CaMos) at year 10 as well as to explore the association between statin use and abdominal aortic calcification assessed on lateral spine radiographs.

Based on their results, the researchers concluded that statins “…may have unintended consequences related to glucose homeostasis that could be relevant in healthy aging. In those individuals with risk factors for diabetes, consideration for choosing non-lipophilic statins and avoidance of rosuvastatin and lipophilic statins may provide the intended cardiovascular protection without the increased incidence of insulin resistance.” 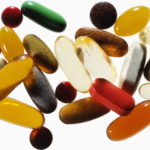