The Endocrine Society has released a statement responding to President Donald Trump’s executive order on immigration.

“Society, at its core, is a global endeavor,” said Dr Kronenberg in a press release. “Collaborations that know no borders enhance biomedical research and clinical trials rely on international cooperation.”

“When scientists and clinicians from around the world connect and share knowledge, we see marvelous breakthroughs that shape how we prevent and treat diseases here in the United States as well as globally,” Dr Hammer said. “The Endocrine Society vigorously opposed policies that hinder scientific exchange.”

Members of The Endocrine Society hail from 122 countries. According to the press release, members who are now unable to attend the society’s annual meeting have already begun reaching out.

The Endocrine Society has pledged to work with the scientific, medical, and legal communities to reverse the order. Additionally, the Society has begun exploring how best to provide technical access to accommodate those who may be prevented from attending ENDO 2017. 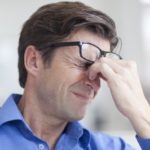