Transgender women may have a greater risk for venous thromboembolism (VTE) relative to the risk found in cisgender women and men, according to a study published in the Annals of Internal Medicine.

The overall rate of MI and ischemic stroke were similar across all groups, with a slightly elevated risk for MI for transfeminine and cisgender male participants. The study also found that the patterns of acute cardiovascular events for transfeminine participants receiving hormone therapy treatment were different from what was reported for cisgender female participants receiving hormone replacement therapy treatment.

Study investigators conclude, “[if] confirmed, these results may indicate the need for increasing vigilance in identifying long-term vascular side effects of estrogen therapy in transgender patients. In the meantime, it is critical to keep in mind that the risk for [acute cardiovascular events] in this population must be weighed against the benefits of treatment.” 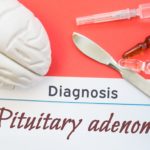