HealthDay News — There is “exponential growth” of COVID-19 cases in Los Angeles County as the Delta variant becomes the dominant strain, health officials there reported.

Even though 60 percent of people older than 16 years in the county have been fully vaccinated, the case rate rose from 1.74 cases to 3.5 cases per 100,000 people in one week, according to a Los Angeles County Department of Public Health news release, CNN reported. Unvaccinated people account for 99.96 percent of all new infections in the nation’s most populous county.

Across California, the rate of COVID-19 tests that are positive has tripled since the state fully reopened last month. After hitting a low of 0.7 percent in early June, the rate is now higher than 2 percent for the first time since March, new data from the state’s Department of Public Health show, CNN reported. The Delta variant has been found in 43 percent of new sequenced samples in California, according to state officials. 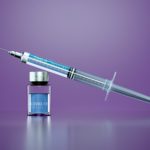