In 2018, the World Health Organization (WHO) set guidelines suggesting 60 minutes or more of daily physical activity for adolescents. Just 10 years prior, the global prevalence of adolescents failing to meet these guidelines was 80.3%. To address these high levels of inactivity, the WHO endorsed a plan aiming to reduce insufficient adolescent physical activity by 15% by 2030. A study results published in The Lancet Child & Adolescent Health presented a new global estimate for physical inactivity in adolescents using data from 2001 to 2016 in order to estimate whether or not the 2030 goal can be met.

The researchers used existing data from WHO surveys and other multi-country surveys to develop their estimate. Respondents aged 11 to 17 years from 146 countries were asked to report how many days a week they had been active for at least 60 minutes. The researchers found that between 2001 and 2016, the prevalence of insufficient physical activity decreased by 2.5% for boys, with no significant change for girls. The researchers found no clear pattern based on country income; however high-income Asia Pacific regions had the highest prevalence of insufficient activity for both boys and girls (Philippines for boys and South Korea for girls). Sub-Saharan Africa was the region with the second-highest prevalence among boys, while central Asia, Middle East, and north Africa showed the second-highest prevalence for girls. High-income western countries and South Asia (specifically Bangladesh) had the lowest prevalence for boys and girls. Overall, the data showed that girls had higher rates of insufficient physical activity than boys, with seven out of nine regions showing a significant difference between the two.

The researchers found that in 2016, more than 80% of adolescents aged 11 to 17 years did not meet the current daily physical activity WHO recommendations. If the same trends continue, researchers state that it is unlikely that the 2030 target for decreased physical inactivity will be reached. A previous study found that changing adolescent physical activity behavior is often difficult, especially in girls. However, various national campaigns to address this gender gap have been shown to have some effect such as the This Girl Can campaign in the United Kingdom. Accordingly, community-based campaigns and social marketing campaigns may be effective in closing the gender gap and promoting overall adolescent physical activity.

The study had several limitations, including only studying adolescents who attended school, which may have excluded portions of the adolescent population in various countries. Additionally, the data combined different ages into a single estimate, which could have led to increased estimates of insufficient activity. The researchers also acknowledge that their estimates were calculated using self-reported data, and that this data is known to be somewhat flawed due to the nature of the reporting. 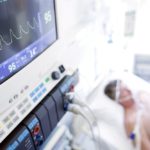