Working night shifts appears to increase the risk for developing type 2 diabetes in black women, especially among younger women and those who have been working night shifts for a number of years, according to data published in Diabetologia.

Previous research has demonstrated an association between night shift work and diabetes, including the Nurses’ Health Study (NHS) and another study conducted in Sweden. These results, however, were largely explained by BMI.

Further, the NHS study population was mostly composed of white nurses in the United States. Because the prevalence of diabetes is higher in black women than white women in the U.S. (12.6% vs. 4.5%), the researchers sought to evaluate the association between shift work and diabetes in a population of black women.

Although the link between shift work and diabetes was not affected by obesity status, the association was stronger in younger women. For those aged younger than 50 years, working night shifts for more than 10 years was associated with a 39% increased risk for diabetes vs. 17% for women aged 50 years and older.

“The fact that the association remained, though reduced, after adjustment for lifestyle factors and BMI suggests that additional pathways such as disruption of the circadian system may be playing a role,” the researchers wrote. “In view of the high prevalence of shift work among workers in the USA — 35% among non-Hispanic blacks and 28% in non-Hispanic whites — an increased diabetes risk among this group has important public health implications.”

They added that “continued research into facilitating circadian adaptation to shift work and consideration of avoiding shift work in favor of other work arrangements when possible” is necessary. 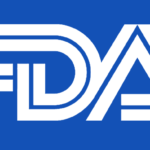