Measuring succinate levels before bariatric surgery may serve as a predictive marker for remission of type 2 diabetes (T2D) following the procedure, according to study results published in Diabetes Care.

Previous studies have shown that bariatric surgery can be a very effective treatment for obesity and its associated complications, such as T2D, with wide variation in diabetes remission rates across studies. Although several studies have looked for possible predictors of diabetes remission after surgery, little information is available.

The goal of the current study was to assess the value of baseline circulating succinate level in predicting diabetes remission at 1 year after bariatric surgery. Diabetes remission was defined as hemoglobin A1c <6% and fasting glucose level <100 mg/dL, in the absence of pharmacologic therapy or ongoing procedures, for ≥1 year. The results were externally validated in a second cohort of 88 patients with obesity and diabetes.

There were no differences among the groups for baseline circulating succinate concentrations, and levels were significantly reduced in the entire cohort at 1 year (58.9 vs 46.00 µmol/L; P =.005). However, when analyzed according to surgery type, the reduction was only significant for the group of patients who underwent Roux-en-Y gastric bypass (58.1 vs 38.6 µmol/L; P =.025).

Patients who achieved remission at 1 year after surgery had significantly lower circulating concentrations of succinate at baseline (47.8 vs 64.1 µmol/L; P =.018).

In multivariate analysis, the best logistic regression model showed that baseline circulating succinate <48.1 µmol/L (odds ratio, 11.3; P =.031) and type of surgery (odds ratio, 26.4; P =.010) were independently associated with remission and improved the accuracy of established predictive remission scores (C-statistics 0.899; 95% CI, 0.809-0.989). The results in the validation cohort revealed a similar decrease in succinate concentration 1 year after bariatric surgery in 55 of 88 patients (42.3 vs 34.9 µmol/L; P =.029).

The researchers detailed several study limitations, including the single-center, single-surgeon study design; the small sample size; and a follow-up limited to 2 years.

“Our findings underscore the importance of circulating metabolites as potentially valuable predictive factors of diabetes remission after bariatric surgery,” concluded the researchers. 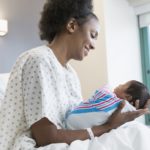