People with type 2 diabetes who were using insulin and lived near roads with heavy traffic had significantly increased concentrations of C-reactive protein (CRP) than those living in lower traffic areas, according to a study published in Environmental Pollution.

For the study, researchers measured CRP concentrations at the beginning of the study and 2 years later.

“C-reactive protein concentration increased 75% to 200% over the 2-year period for those 10% of study participants living in the highest traffic areas who were using insulin when compared to those living in lower traffic areas,” study author Christine Rioux, PhD, MS, who is research assistant professor in the department of public health and community medicine at Tufts University School of Medicine, said in a press release.

“In contrast, CRP concentration did not increase for the 22% of people taking metformin and/or other oral diabetes medications who were also living in the high traffic areas.”

Specifically, data demonstrated a significant association between increases in CRP concentration and living within 100 meters of a roadway or near multiple roadways, as compared with further away in participants using insulin in both stratified models (P=.009 and P<.001, respectively) as well as interaction models (P=.071 and P=.002, respectively).

In those using oral diabetes medications only, however, CRP concentrations were markedly lower with the highest traffic density exposure in both stratified (P=.03) and interaction models (P=.024), according to the data.

“This study is important because many people who live near highways may have diabetes and other serious chronic conditions. It’s interesting to see that treatments for diabetes may interact with the risks associated with exposure to air pollution,” Mkaya Mwamburi, MD, PhD, MA, another study author and director of the Center for Global Public Health and associate professor in the department of public health and community medicine at Tufts University School of Medicine, said in the release.

“While this is an intriguing finding, it is not clear why oral diabetes medications, unlike insulin, appear to be protective and it warrants additional research.” 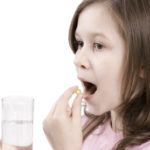 Antipsychotic Use May Hike Diabetes Risk in Children