Children who regularly consume takeout meals from fast food restaurants are more likely to have unhealthy dietary nutrient intake patterns and may be at greater risk for the adverse consequences of obesity and coronary heart disease, according to a cross-sectional observational study published in the Archives of Disease in Children.

Using data collected between 2006 and 2007 from 85 primary schools in England, researchers analyzed the eating patterns and dietary nutrient intakes of 1948 children aged 9 to 10 years.

Takeout food consumption is increasing, and previous observations have suggested its effect on adults related to poorer diet quality, increased adiposity, type 2 diabetes, and coronary heart disease. “These results suggest that further increases in takeaway meal consumption (and marketing directed at encouraging such increases) are likely to have adverse public health consequences and should be actively discouraged,” the investigators concluded. 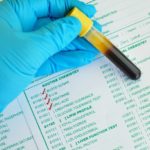