Age at menopause onset can act as an independent predictor of type 2 diabetes (T2D) risk in postmenopausal women, according to research published in Diabetologia.1

Taulant Muka, MD, PhD, MPH, of the Department of Epidemiology at Erasmus Medical Center in Rotterdam, The Netherlands, and colleagues evaluated the intersection between age at natural menopause and T2D risk using data from the prospective, population-based Rotterdam Study cohort.2

Baseline data were collected for all participants; during follow-up, investigators collected cases of both prevalent and incident T2D via general practitioner records, discharge letters, and Rotterdam Study visits.

Dr Muka and colleagues performed adjusted analyses, controlling for body mass index (BMI), glycemic traits, metabolic and lifestyle risk factors, inflammatory markers, and prevalent cardiovascular disease; these adjustments did not affect participants’ risk for developing T2D. Results were similar when the analysis was restricted to women who were not current smokers or were not undergoing hormone replacement therapy. Ultimately, the researchers found that the association between early age at menopause (either natural or non-natural) and T2D risk was significant.

“Early onset of natural menopause has been suggested to increase the risk of cardiometabolic diseases, including type 2 diabetes, due to early cessation of the protective effects of endogenous oestrogen,” the researchers wrote. “In postmenopausal women, higher endogenous oestradiol levels have been associated with higher levels of glucose and insulin, and an increase rather than decrease in diabetes risk.”

“This evidence … suggests that other menopause-related factors may explain the association between age at menopause and risk of type 2 diabetes,” they concluded.

Disclosures: Drs Muka, Jaspers, and Franco are employed at ErasmusAE, which is funded by Nestlé Nutrition, Metagenics Inc, and AXA. Drs Muka and Jaspers report receiving research support from Metagenics Inc. For a complete list of disclosures, please see the full study online. 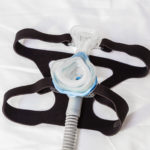