For people with type 2 diabetes, mild renal insufficiency, and inadequate glycemic control on metformin ± sulfonylurea, sitagliptin was well-tolerated and better at improving glycemic control than dapagliflozin, according to a study published in Diabetes, Obesity and Metabolism.

The CompoSIT-R study investigators conducted a multinational, double-blind, prospective, randomized trial that compared the safety and efficacy of sitagliptin, a dipeptidyl peptidase 4 inhibitor, with dapagliflozin, a sodium-glucose cotransporter-2 inhibitor. Each participant had type 2 diabetes and mild renal insufficiency and was taking a stable dose of metformin (≥1500 mg/day) with or without sulfonylurea for ≥ 8 weeks. Participants were also screened for their HbA1c levels, which needed to be between ≥7.0% and ≤9.5% for inclusion in the trial. A fasting finger-stick glucose reading (>6.1 mmol/L and <14.4 mmol/L) was also done at the time of assignment to treatment group.

The study included a “2-week screening period, a 2-week single-blind placebo run-in period, a 24-week double-blind treatment period and a post-treatment telephone or in-person contact 14 days after the last dose of blinded study drug.” After the run-in portion of the trial, investigators randomly assigned participants to either a group taking sitagliptin (100 mg per day) with a dapagliflozin-matching placebo, or a group taking dapagliflozin and a sitagliptin-matching placebo. Dapagliflozin was typically started at 5 mg and then titrated up to 10 mg at week 4. In total, 2770 individuals at 185 sites in 24 countries were screened for inclusion; 614 were randomly assigned (n=307 to sitagliptin; n=307 to dapagliflozin). The trial period spanned from 2015 to 2017.

After 24 weeks, investigators reviewed changes from baseline in HbA1c levels and found that the between-group difference was significant, indicating that sitagliptin was both non-inferior to and superior to dapagliflozin (P=.006).  The mean change from baseline in HbA1c was greater with sitagliptin 100 mg (-0.51%) compared with dapagliflozin (-0.36%).  Although both therapies were well-tolerated in participants, investigators declared a lower incidence of drug-related adverse events experienced in the sitagliptin group than the dapagliflozin group.

Study limitations include that the findings may not be relevant to people at more advanced stages of chronic kidney disease.

Study authors also observed that, “treatment with sitagliptin compared with dapagliflozin demonstrated greater glycemic efficacy, a greater percentage of patients at glycemic goal, and a good safety profile.” Investigators note, “additional prospective studies, evaluating the safety and efficacy of other [antihyperglycemic agents] in patients with mild renal impairment, could be of value to prescribing physicians. Physicians and patients should consider the level of a patient’s renal function, including mild renal insufficiency, when choosing antihyperglycemic therapy.”

This study was funded by Merck & Co., Inc. Please see the reference for a complete list of authors’ disclosures. 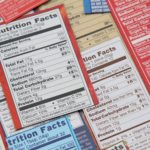