In older adults with diabetes, treatment with dipeptidyl peptidase-4 inhibitors (DPP-4is) does not increase the risk for inflammatory bowel disease (IBD), according to study results published in Diabetes Care.

Previous studies have raised concerns about potential immunologic effects of DPP-4is, as DPP-4 can inactivate various cytokines and may result in costimulation of T lymphocytes. Several studies report a possible increased risk for IBD associated with DPP-4i treatment, while other studies and a meta-analysis of randomized trials found no association between the two.

The goal of the current retrospective cohort study was to further explore the association between new use of DPP-4i and the risk for IBD compared with an active comparator. The researchers used data from 2 large administrative claims databases in the United States: the IBM MarketScan Commercial Claims and Encounters and a random sample of Medicare Fee-for-Service.

The study cohort included adult patients who initiated new treatment with DPP-4i vs sulfonylureas or thiazolidinediones from January 2008 to September 2015. Patients with a prior diagnosis of IBD or common diseases that could be confused with IBD were excluded, as were patients with prior exposure to IBD treatments; prior colonoscopy or sigmoidoscopy before age 50 years; or prior colectomy, colostomy, ileostomy, or receipt of osteotomy supplies.

The primary outcome was incident IBD. Secondary analyses assessed the risk for incident Crohn disease and ulcerative colitis. To control for factors that may have influenced the decision to prescribe a certain treatment, several covariates were used to estimate propensity scores for each patient in each comparison.

There was a trend for increased risk for Crohn disease with DPP-4i compared with sulfonylureas (pooled hazard ratio, 1.22; 95% CI, 0.60-2.47). The risk was greater in younger patients in the MarketScan population.

The researchers acknowledged several study limitations, including assessment of short-term DPP-4i use only; missing data on diabetes duration, glycemic control, and risk factors; and no validation of the algorithm used for detection of the outcome.

The researchers concluded that their results suggest “that the short-term real-world use of [DPP-4is] does not increase the risk of IBD compared with second-line alternatives. This finding should be reassuring to physicians and patients who are considering the potential benefits and risks of [DPP-4is].” 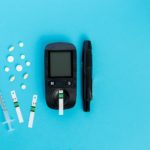 Incidence of T2D Rising in Fewer Populations Since 2006