Clinicians should be aware of an increased risk for Fournier gangrene in patients with diabetes receiving sodium-glucose cotransporter 2 (SGLT2) inhibitors, according to study results published in the Annals of Internal Medicine.

Infections of the genitals and urinary tract are the most common adverse events recorded in clinical trials evaluating SGLT2 inhibitors. Although Fournier gangrene is rare, diabetes is a comorbid condition in 32% to 66% of cases. To better understand the risk for Fournier gangrene in adults with type 2 diabetes receiving SGLT2 inhibitor therapy, researchers reviewed cases documented in the US Food and Drug Administration Adverse Event Reporting System (FAERS) between March 2013 and January 2019. Reports were excluded if they did not mention a necrotizing perineal infection and surgical intervention. The investigators also searched PubMed, Google Scholar, EMBASE, and EBSCOhost to identify case reports and epidemiologic studies reporting on Fournier gangrene in SGLT2 inhibitor therapy.

To find the number of cases of Fournier gangrene associated with other diabetes medications, cases were identified in the FAERS and literature searches from 1984 to 2019, using the same search criteria for antiglycemic agents across several drug classes.

In total, there were 55 cases of Fournier gangrene that met inclusion criteria, a majority of which occurred in the United States. Patients ranged in age from 33 to 87 years, and average time from initiation of SGLT2 inhibitor therapy to infection was 9 months (range, 5 days-49 months).

In all 55 cases, the patients were hospitalized and severely ill with Fournier gangrene, with several having complications including diabetic ketoacidosis and sepsis. Amputation as a result of necrotizing fasciitis of a lower extremity during hospitalization was reported in 2 cases, 8 patients underwent a procedure for fecal diversion, and 3 patients died.

The researchers noted that Fournier gangrene was associated with all SGLT2 inhibitors approved by the US Food and Drug Administration, with the exception of ertugliflozin; however, this may have been a result of ertugliflozin’s limited time on the market (US approval occurred in December 2017).

During the 35-year period evaluating cases of Fournier gangrene in other diabetes drugs, only 19 cases were recorded; the majority occurred in patients receiving metformin (n = 8) and insulin glargine (n = 6).

The investigators noted that data from FAERS cannot establish incidence or causality, and that the number of cases reported in the study likely underestimates the true burden of Fournier gangrene with SGLT2 inhibitors.

“Pain that seems out of proportion to findings on physical examination is a strong clinical indicator of necrotizing fasciitis and may be the most important diagnostic clue,” wrote the researchers. “A high index of suspicion therefore is necessary to identify [Fournier gangrene] in its early stages to prevent or minimize the potential for both morbidity and mortality in patients using SGLT2 inhibitors.” 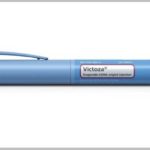