According to study results published in the Journal of Clinical Hypertension, patients with type 2 diabetes treated with liraglutide experience a greater reduction in systolic blood pressure (BP) if they have lower baseline continuous glucose monitoring (CGM) values and higher diastolic BP. However, there is no correlation between this reduction and improved glycated hemoglobin (HbA1c) levels, indicating that some patients respond to liraglutide with systolic BP reduction without clinically relevant improvements in glycemic control.

To determine whether systolic BP reduction due to liraglutide can be predicted prior to treatment and to what extent this correlates with weight loss and glycemic improvements during follow-up, researchers randomly assigned 124 insulin-treated patients (average age, 64) with type 2 diabetes to receive 24 weeks of liraglutide (1.8 mg/day) or placebo. Patients were measured at baseline and 6, 12, 18, and 24 weeks for BP, HbA1c, body weight, and body mass index (BMI). CGM was performed at baseline and week 12 to measure glucose levels for 1 week.

At 24 weeks, systolic BP was greatly reduced in the intervention group, with a mean change of -5.69 mm Hg compared to a mean change of 1.98 mm Hg in the control group. There was no significant reduction in either group or difference between groups in diastolic BP (baseline adjusted mean difference: 0.25 mm Hg; P =.88).

There were also significant differences between groups in the slopes of regressions lines comparing changes in systolic BP with baseline diastolic BP (P =.037) and mean CGM glucose values (P =.021). Finally, the researchers concluded that reduction in systolic BP correlated directly with changes in body weight and BMI but not HbA1c change.

Several limitations were noted for this study, including its relatively small sample size.

The researchers said their results suggest that “patients with better glycemic control may respond to liraglutide with greater weight and blood pressure reductions, whereas those with a higher HbA1c are more likely to respond with improved glycemic control.” 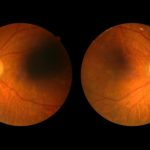