According to study results published in JAMA Network Open, increased cardiovascular (CV) risk among patients with type 2 diabetes (T2D) starting second-line therapy was associated with sulfonylureas and basal insulin use, while newer antidiabetic medications had a neutral effect on CV outcomes.

The investigators of this retrospective cohort study sought to compare the effectiveness of contemporary antidiabetic medications on major CV outcomes in patients with T2D starting second-line therapy.

In total, 3480 inpatient CV events were reported during the course of the study. After adjusting for variables, risk for composite CV events after starting second-line therapy with GLP-1 receptor agonists was lower than with DPP-4 inhibitors (hazard ratio [HR], 0.78; 95% CI, 0.63-0.96). However, this comparison was not considered significant in sensitivity analyses accounting for adherence, blood glucose levels, and comorbidity. CV risk associated with starting DPP-4 inhibitors was statistically similar after treatment with SGLT-2 inhibitors (HR, 0.81; 95% CI, 0.57-1.53) and thiazolidinediones (HR, 0.92; 95% CI, 0.76-1.11). Compared with second-line treatment with DPP-4 inhibitors, risk for CV events was 36% higher in patients after starting sulfonylureas (HR, 1.36; 95% CI, 1.23-1.49) and doubled in patients after starting basal insulin (HR, 2.03; 95% CI, 1.81-2.27); these associations remained robust in sensitivity analyses.

One limitation to the study was the cohort consisting only of patients with a known burden of CV disease taking multiple antidiabetic medications, preventing the generalizability of the results to a broader population with diabetes. Patients were also required to fill the index antidiabetic medication at least twice; discontinuation after the first fill may have been related to CV outcomes, potentially underestimating the extent of CV harm reported in the study. In addition, no data on body weight or diabetes duration were available, which may have impacted CV risk.

This study was sponsored by a grant to Northwestern University from United Healthcare Services. 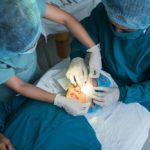 Risk Factors Associated With Cataract Surgery in Patients With T2D