Amino acid dysmetabolism can be detected during the early postpartum period and is predictive of the transition from gestational diabetes to type 2 diabetes (T2D), according to the results of a study published in PLOS Medicine.

The current test to predict future T2D after gestational diabetes is the 2-hour 75-g oral glucose tolerance test, but with an accuracy of 65% to 77% and very low rates of adherence to guidelines for its use, a more accurate and convenient method of testing is needed. To establish a predictive metabolic profile to identify women who will progress from gestational diabetes to T2D, longitudinal data from 959 postpartum women who were diagnosed with gestational diabetes and had no history of T2D were examined.

Metabolic profiling was performed from fasting blood samples taken from women at 6 to 9 weeks postpartum (baseline) and annually for 2 years thereafter. A total of 173 women developed incident T2D from baseline to up to 8.4 years of follow-up. Individuals who developed T2D had significantly higher prepregnancy body mass index (BMI; P <.001) and higher prenatal 3-hour 100-g oral glucose tolerance test (P <.001) than the 485 women who did not develop T2D when controlling for diabetes status and time of follow-up.

Longitudinal data were analyzed to investigate potential metabolic pathway alterations preceding T2D onset. Individuals who developed T2D during follow-up were categorized as progressors, whereas those who did not develop T2D were categorized as nonprogressors. When controlling for BMI, age, race, and ethnicity, a significant difference in the expression levels of 37 metabolites was observed at baseline between progressors and nonprogressors, with hexose being the most strongly upregulated (false discovery rate <0.001) in progressors. Of these 37 metabolites, the majority (62.2%) were upregulated.

At follow-up, the regulation of 27 metabolites significantly differed between the groups (P <.05). Unlike at baseline, the majority (66.67%) of these 27 metabolites were downregulated. Using further tracing, the researchers found longitudinal changes in the expression of 10 metabolites that significantly differed between progressors and nonprogressors. Hexose and kynurenine concentrations increased during the period to diabetes progression, while the concentrations of the remaining 8 metabolites decreased.

A predictive model was developed using a 20-metabolite signature including hexose, 6 amino acids, 6 glycerophospholipids, 2 acylcarnitines, 2 sphingolipids, and 3 biogenic amines. Its predictive performance was measured by median area under the curve (0.883±0.03; 95% CI, 0.820-0.945; P <.001) and it was significantly more accurate in predicting a future diagnosis of T2D than the traditional 2-hour plasma glucose test, fasting plasma glucose, and their combination (all P <.001).

Taken together, these findings indicated that a distinct metabolic signature exists in the early postpartum period that may predict the development of T2D in women with gestational diabetes. Cross-sectional and longitudinal analyses showed that this metabolic dysfunction changes over time uniquely for individuals progressing towards T2D compared with those who do not. Of these distinctly fluctuating metabolites, 10 were associated with and implicated in the progression to T2D. Unsurprisingly, hexose, which has been linked to incident T2D in previous research, was uniquely elevated at all time points for individuals who went on to develop T2D.

The 20-metabolite signature panel developed in this study may accurately predict future progression to T2D for women with gestational diabetes, even for individuals who have returned to normoglycemia, and the subclinical dysfunction evident in this signature may have a causal relationship with T2D. 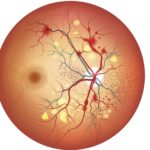