Patients with newly diagnosed type 2 diabetes (T2D) are at minimal cumulative risk for end-stage renal disease (ESRD), investigators in Finland concluded in a study published in Diabetes Care. The cumulative risk for ESRD decreases with increasing age at the time of diabetes diagnosis primarily because of competing mortality.

“These early stages of kidney disease are associated with increased premature mortality; this contributes to the fact that relatively few patients develop ESRD, as death is a common competing risk event,” Dr Finne’s team wrote.

In other study findings, the investigators observed a 2-fold higher risk for ESRD among men than women. The risk decreased with increasing age at diagnosis. Compared with patients age 40 to 49 years, those age 60 to 69 years at diabetes diagnosis had a 30% lower risk for ESRD. ESRD risk was 28% lower among patients diagnosed with diabetes in 2000 to 2011 compared with those diagnosed in 1990 to 1994.

All of these differences in ESRD risk were statistically significant.

Dr Finne’s team discussed study strengths, including a study population assembled from a comprehensive linkage of data from multiple national healthcare registers, “providing complete coverage of the Finnish population.” In addition, all patients with T2D in Finland were included from the time of initiation of antidiabetes medication, resulting in an inception cohort with a clearly specific starting point for follow-up, they noted.

The investigators also acknowledged study limitations, including a lack of information on early stages of chronic kidney disease, such as albuminuria or elevated creatinine level. They noted, however, that this did not affect estimates of cumulative risk for ESRD. In addition, the study did not include patients with diabetes who received only dietary treatment. 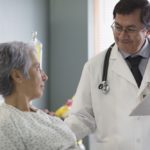