The treatment goal for T2D – caused by the combination of decreased insulin production and increased insulin resistance resulting in hyperglycemia – is to maintain blood glucose at optimal levels in order to reduce the risk for long-term complications. Two landmark studies in diabetes management are the Diabetes Control and Complications Trial (DCCT) and the United Kingdom Prospective Diabetes Study (UKPDS), which both demonstrated a reduction in long-term complications with optimal glycemic control.10,11

Dietary modification is a key component to both immediate and long-term blood sugar control. Carbohydrate intake reduction can immediately inhibit significant elevation in blood glucose levels after a meal, and weight loss associated with long-term dietary modifications can improve insulin sensitivity and ultimately glycemic control. Traditionally, the approach to dietary management of blood sugar has required the reduction of carbohydrate intake with fat and calorie restrictions; however, for individuals with diabetes, the ADA Standards of Medical Care in Diabetes 2018 suggests that dietary modifications for restricted foods can vary as long as caloric intake is limited.12 Therefore, a standardized diet for all individuals with diabetes has become obsolete. Recent studies have demonstrated greater improvement in glycated hemoglobin (HbA1c) and a greater reduction in body weight in individuals consuming a very-low-carbohydrate and high-fat diet compared with those consuming a calorie-restricted, moderate-carbohydrate and low-fat diet.13-16

Saslow et al conducted a 13-week study to evaluate the impact of a medium-carbohydrate, low-fat, calorie-restricted, carbohydrate-counting diet (MCCR) and a very-low-carbohydrate, high-fat, non-calorie-restricted diet (LCK) on individuals with diabetes and prediabetes.6 Participants randomly assigned to the LCK diet were instructed to follow a very-low-carbohydrate (≤50 g/d), high-fat diet without calorie restriction, while participants randomly assigned to the MCCR diet were taught to count 15 g of carbohydrate as a serving and were instructed to consume 3 carbohydrate servings per meal and one carbohydrate serving per snack.15 Individuals in the MCCR diet group consumed approximately 165 g/d of carbohydrates: fat and calories were restricted. Participants in the LCK diet group had a greater reduction in HbA1c and weight than those in MCCR group; no significant changes in lipids and insulin resistance were noted between the groups.15 After the initial 3-month data collection, the study was continued for another 9 months for a total of one year, with data collected at 6 and 12 months. Participants in the LCK group continued to demonstrate greater reduction in HbA1c and weight for the remainder of the study; however, the HbA1c reduction was only statistically significant at the 6-month mark.14

Tay et al demonstrated similar results in a 24-week randomized study that compared the impact of a very-low-carbohydrate, high-unsaturated-fat diet (LC) with a high unrefined-carbohydrate low-fat diet (HC).17 In addition to a greater reduction in HbA1c, the LC group demonstrated a 2-fold reduction in antiglycemic medication use than the HC group.17

Similarly, Sato et al demonstrated a greater reduction in HbA1c and body mass index in Japanese patients with T2D who consumed a low-carbohydrate diet (LCD) compared with those who consumed a calorie-restricted diet (CRD) for a period of 6 months.18 A total of 8 studies evaluated the impact of a ketogenic diet on HbA1c compared with a traditional low-carbohydrate, calorie-restricted diet (Table 2). 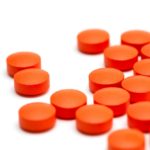