In type 2 diabetes, intensive glucose control did not appear to reduce mortality or macrovascular complications, but lowering blood pressure led to significant long-term benefits with respect to death from any cause, according to research presented at the European Association for the Study of Diabetes (EASD) Annual Meeting.

The data, which were simultaneously published in the New England Journal of Medicine, represented an analysis of 6-year posttrial follow-up from the Action in Diabetes and Vascular Disease: Preterax and Diamicron Modified Release Controlled Evaluation (ADVANCE) factorial trial.

In ADVANCE, researchers evaluated 11,140 patients aged at least 55 years with type 2 diabetes and at least one additional risk factor for cardiovascular disease (CVD) at 215 centers in 20 countries. Outcomes were assessed after random assignment to a single-pill, fixed-dose combination of perindopril 4 mg and indapamide 1.25 mg or placebo after a 6-week active run-in period. No blood pressure (BP) targets were set.

Patients were also randomly assigned to standard glucose control based on targets and regimens outlined in local guidelines or a gliclazide-based intensive glucose-control regimen with an HbA1c target of 6.5% or lower.

Median follow-up was 4.4 years for the BP-lowering arm, and patients in the glucose-control arm continued for another 6 months for a median follow-up of 5 years.

A total of 8,494 patients participated in the posttrial follow-up for a median of 5.9 years in the BP-lowering group and 5.4 years for the glucose-control group.

Primary outcomes included death from any cause and major macrovascular events, defined as a composite of nonfatal myocardial infarction, nonfatal stroke or death from any CV cause.

By the first posttrial visit, between-group differences that were observed during ADVANCE in BP and glycated hemoglobin levels were no longer apparent, according to the data.

During the posttrial follow-up period, those assigned perindopril-indapamide experienced attenuated, but significant, cumulative benefit on the incidence of death from any cause, which extended through the conclusion of the overall follow-up period (HR=0.91; 95% CI, 0.84-0.99).

The researchers noted that these data were on par with the observed in-trial 14% risk reduction in rate of death from any cause in the perindopril-indapamide group (HR=0.86, 95% CI, 0.75-0.98).

Results did not suggest that perindopril-indapamide had a beneficial effect on major macrovascular effects.

In contrast to the results seen with the BP-lowering intervention, the researchers found no cumulative benefits of intensive glucose control on death from any cause (HR=1.00; 95% CI, 0.92-1.08) or major macrovascular events (HR=1.00; 95% CI, 0.92-1.08) when compared with standard glucose control. This finding was consistent with in-trial results, according to the researchers.

“In conclusion, among patients with long-standing type 2 diabetes, blood pressure-lowering treatment with perindopril-indapamide for an average of 4.5 years resulted in attenuated but significant long-term benefits with respect to death from any cause and from cardiovascular causes, whereas intensive glucose control for an average of 5 years did not provide any long-term benefits with respect to death or major macrovascular events,” the researchers wrote in the journal article. 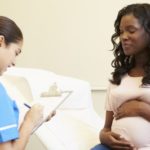