Findings from a study published in the Journal of Psychiatric Research suggest that there are separate pathways for the development of type 2 diabetes and obesity in patients with serious mental illness and demonstrate that there are important effects associated with sex and race or ethnicity.

Patients with serious mental illness have a 1.5- to 2-fold higher prevalence of type 2 diabetes, dyslipidemia, hypertension, and obesity compared with the general population.

Factors believed to contribute to the increased rate of metabolic disorders among those with mental illness include the use of psychotropic medications, genetics, unhealthy lifestyles, low socioeconomic status, cigarette smoking, and health care inequalities.

In this cross-sectional study of 923 subjects, Langston Sun, a medical student in the Department of Psychiatry at the New York University School of Medicine in New York, New York, and colleagues screened all adult psychiatric inpatients for metabolic syndrome from 2006 to 2009 at Bellevue Hospital Center in New York. They based the diagnosis of type 2 diabetes on fasting plasma glucose level and obesity on body mass index (BMI) and abdominal girth. Multiple logistic regression models used hyperglycemia and obesity as dependent variables and age, sex, race/ethnicity, and years on psychotropic medications as independent variables.

The investigators found that patients who had never received psychotropic medications, including patients with both schizophrenia and nonpsychotic illness, demonstrated an elevated prevalence of hyperglycemia meeting the criteria for type 2 diabetes but a decreased prevalence of obesity compared with the general population. However, for patients who had been taking psychotropic medications for more than 5 years, obesity rates increased significantly, particularly in patients without psychosis (BMI: adjusted odds ratio (aOR) = 5.23; abdominal girth: aOR = 6.40).

The authors suggest that given the high risk for metabolic disorder and type 2 diabetes, clinicians should select psychotropic medications carefully, taking into account sex and race/ethnicity, and monitor metabolic conditions regularly in their patients with serious mental illness. 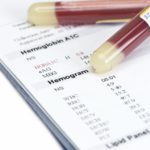 Canakinumab Does Not Appear to Prevent Diabetes Onset