Mean fasting plasma glucose (FPG) in the high-normal range during early adolescence may be associated with poorer brain health in midlife, according to study results published in The Journal of Clinical Endocrinology & Metabolism.

While type 2 diabetes and prediabetes may increase the risk for dementia, it is unclear whether better glycemic control reduces the risk for cognitive impairment. In older adults, high-normal FPG may be associated with reduced brain tissue volume and increased brain atrophy. However, limited data are available regarding FPG levels during adolescence and brain health.

The goal of this study was to investigate the association between FPG during early adolescence and magnetic resonance imaging (MRI)-based brain measures in midlife. The investigators used data from the Bogalusa Heart Study, a cohort study of atherosclerosis and other risk factors for cardiovascular disease that began in 1973. As part of the study, children aged 3 to 18 years were measured for FPG and followed up through 2018. Cognitive tests were administered for the first time between 2013 and 2016.

Of 1298 participants who completed cognitive testing, 74 completed screening procedures and 9 were deemed ineligible due to MRI contraindications or left-handedness. Of the 65 remaining participants, 50 completed the required MRI.

The main limitations of the study were its lack of brain MRIs at the time of early-life FPG measurements, small sample size, and lack of other glycemic measurements.

“[I]ndividuals with mean FPG at the high end of the normal range during adolescence went on to exhibit more [white matter hyperintensities] and less [functional MRI] activation during a cognitive task at midlife, independent of midlife mean FPG. The results could have implications for identification of youth at risk of poorer midlife brain health,” concluded the researchers. 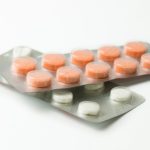 Comparative Cardiovascular Safety of Linagliptin vs Other Glucose-Lowering Drugs