Use of glucagon-like peptide 1 (GLP-1) receptor agonists does not increase risk for diabetic retinopathy in older adults, according to study results published in Diabetes Care.

Results remained consistent even when primary analyses were restricted to “primary suspect” cases, for which the drug was suspected to have caused the adverse event directly, and no signs of increased risk for diabetic retinopathy were observed when analyses were stratified by individual GLP-1 receptor agonists.

Despite the limitations of data derived from spontaneous events reporting, study investigators concluded that their analysis of the FDA adverse events database indicates that there is no indication of an association between GLP-1 receptor agonists and diabetic retinopathy risk, which is consistent with results from other trials. 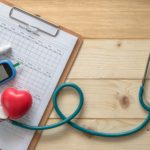