Several genetic markers that were previously found to be associated with increased risk for type 2 diabetes (T2D) may also affect the trajectory of glucose and insulin regulation during childhood, independent of body mass index, according to study results published in Diabetes Care.

Although understanding molecular and genetic pathways leading to development of T2D is important for early disease prevention, limited data are available in the medical literature. The EarlyBird study is a landmark prospective cohort study designed to explore the origins of T2D in children. For the current analysis of the EarlyBird cohort, the goal was to investigate the interaction between genetic variants, puberty, and weight gain and glucose and insulin trajectories in childhood.

Fasting glucose levels increased from age 5 years, reached a plateau between age 13 and 15 years, and then tended to decrease. Similar trajectories were noted for insulin and HOMA indices for β-cell function and insulin resistance.

Because the rapid and dynamic changes in sex hormone regulation during puberty can affect insulin secretion and sensitivity, the researchers completed an exploratory analysis to assess whether genetic variations in the growth hormone–insulin-like growth factor-1 axis or adrenal and sex-steroid activity affected insulin action. There was some evidence for this in the interactions of the SNP in the HHEX-IDE loci with the trajectories of sex hormone-binding globulin, insulin-like growth factor-1, and 17-hydroxyprogesterone.

The researchers acknowledged that the small sample size and ethnic homogeneity of the EarlyBird cohort are significant limitations of the study.

“Our study has potential clinical applications, because β-cell dysfunction is an early event in the pathogenesis of diabetes,” concluded the researchers. “Eight of [the] genetic risk markers [identified in this study] may be particularly relevant for future studies aiming at early identification of children at risk for prediabetes, before puberty and prior to the development of obesity. Individuals at risk potentially could be offered an early lifestyle modification program to reduce the risks of progression toward diabetes.”

Disclosure: The EarlyBird study was supported by Nestlé Research. Several study authors reported affiliations with the Nestlé Group. Please see the original reference for a full list of authors’ disclosures. 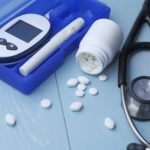