Niemann-Pick C1-like 1 (NPC1L1) is involved in dietary cholesterol absorption and is the molecular target of the LDL-lowering drug ezetimibe. Genetic variation at NPC1L1 locus has been linked with CV event risk, but the association of NPC1L1 variants with CV events has only been shown in the general population.

“This has never been looked at in diabetes patients and it has been suggested that they may benefit more than others,” said lead study author Christoph Saely, MD, professor of preventive cardiology and consultant at the Academic Teaching Hospital Feldkirch in Austria.

Brian Ference, MD, a member of the ACC Prevention of Cardiovascular Disease Committee and director of the Cardiovascular Genomic Research Center at Wayne State University School of Medicine in Detroit, said this study may raise more questions than it answers.

“This is far in excess in what has been found in other studies. The implication is that the sample size is so small it may be a chance finding,” Dr Ference said in an interview with Endocrinology Advisor. “The people with diabetes appear to have a slight higher risk, but there is no plausible reason why that would be the case.”

This area of medicine is on in its infancy, he noted, explaining that clinicians in the not too distant future should be able to use genotypes to identify risk factors early in patients with type 2 diabetes who may be most vulnerable to potential problems.

“In patients with diabetes, we may be able to find out which patients are more vulnerable to weight gain. Genomics has a lot of promise in the future. It will probably help with direct disease management,” said Dr Ference. 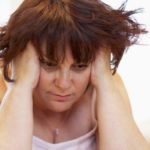