(HealthDay News) — For patients with obesity and type 2 diabetes, exenatide reduces epicardial adipose tissue (EAT) and liver fat content, according to a study published in Diabetes, Obesity and Metabolism.

The researchers found that there were similar improvements in HbA1c with exenatide and reference treatment (P=.29). Significant weight loss was seen for exenatide only (P=.001 for the difference between groups). Significant reductions were seen in EAT and HTGC with exenatide vs the reference-treated group (P=.003 and P=.007, respectively). There were no significant differences in other ectopic fat stores, PTGC, or MTGC.

Reductions in liver fat and EAT were not associated with homeostasis model assessment-insulin resistance, adiponectin, HbA1c, or fructosamin change in the exenatide group; they did correlate with weight loss (P=.03 and P=.018, respectively).

“Exenatide is an effective treatment to reduce liver fat content and epicardial fat in obese patients with type 2 diabetes, and these effects are mainly weight loss dependent,” the researchers wrote. 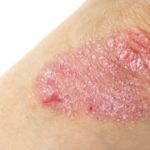