It was previously reported that canagliflozin may be associated with increased fracture risk, but new analysis of data from the CANagliflozin cardioVascular Assessment Study (CANVAS; ClinicalTrials.gov Identifier: NCT01032629) published in Diabetologia found no clear explanation for the association between the use of the sodium-glucose cotransporter 2 inhibitor and incident fracture.

The primary outcome for this analysis was all adjudicated fractures. Furthermore, the investigators evaluated fractures of different types and locations and whether they were associated with a fall.

In the CANVAS Program, which included both CANVAS (4330 patients) and CANVAS-Renal (5812 patients), a total of 10,142 patients with type 2 diabetes and a history of cardiovascular disease or high cardiovascular risk were included (overall mean age at baseline, 63.3 years; 35.8% women; 21.8% with a history of fracture).

There was no clear evidence that differences in baseline characteristics, treatment dose, duration of follow-up, metabolic effects, or adverse events were responsible for the difference in fracture risk between the two studies.

“[W]e could find no clear explanation for either the fracture risk observed in the CANVAS Program or the difference in fracture risk observed in CANVAS compared with [CANVAS-Renal]. In practice, however, most fractures are caused by falls and the observed association is likely a consequence of either an unidentified fall-related mechanism or else a chance finding,” concluded the researchers.

Disclosure: This clinical trial was supported by Janssen Research & Development, LLC. Please see the original reference for a full list of authors’ disclosures. 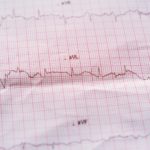