The researchers searched PubMed/MEDLINE, Embase, and Cochrane from inception of each database through August 22, 2018 for randomized controlled trials that reported treatment effects of SGLT2 inhibitors on ambulatory BP. Data regarding the mean difference between the active treatment and placebo groups in change from baseline in ambulatory systolic and diastolic BP was extracted from the studies.

In total, the researchers identified 7 randomized controlled trials that involved 2381 adult participants with type 2 diabetes. Of these studies, 2 included low-dose hydrochlorothiazide as an active comparator.

The results also indicated that SGLT2 inhibitors had a more potent BP-lowering effect during the daytime compared with nighttime.

The investigators noted that the eligible randomized controlled trials did not specifically evaluate the effects of SGLT2 inhibition on cardiovascular outcomes or mortality, so the BP-lowering effects of the medication cannot be quantified by the results of this meta-analysis. 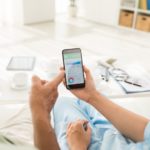