Historical hemoglobin A1C (HbA1C) levels were found to have greater impact than recent glycemic control on clinical outcomes, according to results of a 20-year study, which were published in Diabetes Care.

Data from the UK Prospective Diabetes Study were analyzed for historical HbA1C and current clinical outcomes. The study randomized individuals, stratified by overweight status, to receive intensive (insulin, sulfonylurea, or metformin) therapy or traditional dietary management. After the end of the trial, participants entered a 10-year monitoring phase.

Data were available for 3802 and 3219 individuals who had 775 all-cause mortality and 662 myocardial infarctions, respectively. Participants were diagnosed with type 2 diabetes at a mean age of 53.3 (SD, 8.6) years and 38.8% were women. In general, men and older individuals were at higher risk for all-cause mortality and myocardial infarction (both P <.0001).

Increased HbA1C after a diabetes diagnosis was associated with elevated all-cause mortality and myocardial infarction risk in a dose-dependent relationship with time and HbA1C.

All-cause mortality risk was reduced by 18.8% (95% CI, 21.1% to 16.0%) for every 1 percentage unit reduction of HbA1C during the first 10 years after diagnosis. After 10 years, however, the same level of HbA1C reduction was associated with a 2.7% (95% CI, 3.1% to 2.3%) decrease in risk. A similar pattern of glycemic control was observed for myocardial infarctions, in which delayed control was associated with a 3-fold decrease in risk protection compared with immediate glycemic control.

This study may have been limited because it did not include possible covariates other than age, sex, and treatment assignment.

These data suggested that delaying glycemic control after the diagnosis of diabetes had a larger effect on all-cause mortality and myocardial infarction risk than current glycemic status.

Disclosure: Some authors declared affiliations with biotech, pharmaceutical, and/or device companies. Please see the original reference for a full list of authors’ disclosures. 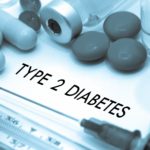