Treatment with the novel selective, nonsteroidal mineralocorticoid receptor antagonist finerenone has been shown to reduce the risk for clinically important cardiovascular (CV) and kidney outcomes across the spectrum of chronic kidney disease (CKD) in patients with type 2 diabetes (T2D), according to a study published in the European Heart Journal.

Patients with CKD and T2D were randomly assigned 1:1 to treatment with finerenone or placebo, and the results of the FIDELIO-DKD and the FIGARO-DKD trials were combined. The main time-to-event efficacy outcomes were a composite of CV death, nonfatal myocardial infarction (MI), nonfatal stroke, or hospitalization for heart failure, along with a composite of kidney failure, a sustained ≥57% reduction in estimated glomerular filtration rate (eGFR) from baseline over 4 weeks or longer, or renal death.

The composite CV outcome occurred in 12.7% of finerenone-treated patients vs 14.4% of placebo-treated participants (hazard ratio [HR], 0.86; 95% CI, 0.78-0.95; P=.0018). Significantly lower rates of hospitalization for heart failure were reported with finerenone compared with placebo (HR, 0.78; 95% CI, 0.66-0.92; P=.0030). Incidences of CV death and nonfatal MI were directionally consistent with the CV composite outcome; the incidence of nonfatal stroke was similar in the finerenone and placebo groups. Based on a between-group risk difference of 2.2% after 3 years, 46 patients (95% CI, 29-109) would need to be treated with finerenone to prevent 1 composite CV outcome event.

This study was limited by a lack of racial and ethnic diversity within the cohort, as only 4% of patients identifying as Black were included in the analysis. Additionally, patients with nonalbuminuric CKD were not included.

“The results highlight the importance of early treatment before CKD has progressed to improve outcomes in this patient population,” the investigators noted.

Disclosure: Some of the study authors have declared affiliations with biotech, pharmaceutical, and/or device companies. Please see the original reference for a full list of authors’ disclosures. 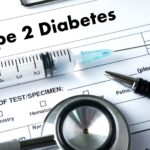