Dusk phenomenon among individuals with type 2 diabetes (T2D) was observed among 27.3% and was not related with dawn phenomenon, according to results of an observational study, published in Medicine.

While the dawn phenomenon in diabetes is well-established and marked by a spontaneous rise in insulin in the early morning hours, little is known if the dusk phenomenon, or pre-dinner hyperglycemia, is true. In this featured study, researchers describe the dusk phenomenon among 348 patients with type 2 diabetes.

“The concept of dusk phenomenon is both familiar and unfamiliar to endocrinologists. Although there has been a lack of definition for a long time, the dusk phenomenon is often encountered in clinical practice,” write researchers who were led by Xiaoming Tao, of Fudan University in Shanghai.

In this study, patients (N=348) with T2D who were stable for ³3 months were recruited at the Huadong Hospital in China. Patients were given nutritional therapy and retrospectively monitored continuously for glucose levels over 2 days. Dawn phenomenon was calculated by pre-breakfast glucose minus nocturnal nadir glucose and dusk phenomenon by pre-dinner glucose minus 2-hour post-lunch glucose.

These data indicated over a quarter of patients with T2D had dusk phenomenon which altered their mean glucose by 0.9 mmol/L and glycated hemoglobin by 0.4%.

“Another important finding for our study was that the dusk phenomenon could not only cause hyperglycemia before dinner, but also affect blood glucose in different degrees throughout the day, including nocturnal nadir, fasting, post-breakfast, pre-lunch, and post-dinner glucose,” the authors wrote.

The dawn phenomenon can be attributed to the loss of β cell function, growth hormone-induced insulin resistance, increasing of circulating insulin-like growth factor binding protein-1 in the morning, poor sleep quality, and the impairment of circadian clock. But this study showed no correlation between the dawn phenomenon and the dusk phenomenon.

This study was limited by not assessing growth hormone, which can impact the dawn phenomenon. 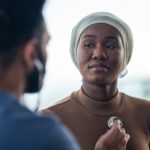