Individuals with type 2 diabetes (T2D) placed on a low-carbohydrate diet (LCD; 130 g/d) may not experience additional benefits in lowering glycated hemoglobin (HbA1c) or body mass index (BMI) 1 year after completing a 6-month dietary intervention compared with individuals on a calorie-restricted diet (CRD), according to a study by Hormone Research in Pediatrics.

The researchers concluded that the beneficial effects of reducing HbA1c and BMI did not persist 1 year after completing an intense 6-month dietary intervention in those placed on an LCD compared with those on a CRD. However, participants on both diets experienced a significant improvement (reduction) in their HbA1c and BMI compared with their baseline values.

Therefore, clinicians should consider the use of either a CRD or an LCD in patients with T2D, as they are effective and well-constructed nutrition therapy programs that were equally effective in lowering HbA1c and BMI at least 1 year after initiation. 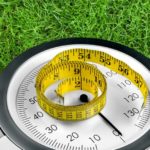