Increased urine albumin-to-creatinine ratio (UACR) over a 2-year period independently predicted adverse cardiovascular and renal outcomes, as well as all-cause mortality, in a study conducted in patients with type 2 diabetes (T2D). Decreased UACR was not found to significantly predict lower risk of clinical outcomes, according to the research published in Diabetes Care. However, after accounting for regression to the mean (RtM), associations between decreases in UACR and study outcomes were much stronger and reached significance for all outcomes excluding major renal events.

The aim of this investigation — which evaluated 8766 participants in ADVANCE-ON (the posttrial follow-up to the Action in Diabetes and Vascular Disease: preterAx and diamicroN-MR Controlled Evaluation study) — was to assess the associations among 2-year changes in UACR and major cardiovascular events, renal events, and all-cause mortality associated with T2D.

Investigators took UACR measurements of the participants 2 years apart and then segmented the results into 3 classification groups: ≥30% decrease in UACR, minor change, or ≥30% increase in UACR. Analyses were repeated to take into account regression to the mean (RtM).

“Our results suggest that clinically meaningful changes in UACR, up or down, may translate to corresponding changes in the risk of future major clinical outcomes and death in people with T2D,” investigators concluded.

The study used multiple approaches to determine the association between change in UACR and clinically meaningful outcomes, which the researchers describe as a strength of the study design, as was the diverse and large study population.

Investigators cited the UACR measurement, which often has sizeable within-person variability, as a limitation. 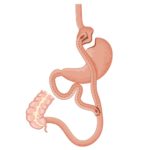