The investigators of this prospective study sought to examine the associations between the incidence of T2D and potential biomarkers of dairy fat intake, specifically circulating or adipose proportions of pentadecanoic acid (15-carbon saturated fatty acid, 15:0), heptadecanoic acid (17:0), and trans-palmitoleic acid (trans-16:1n7).

Researchers performed individual-level analysis on 16 prospective cohorts from 12 countries (7 from the United States, 7 from Europe, 1 from Australia, and 1 from Taiwan) that included a total of 63,682 participants without known diabetes at baseline. In each cohort, fatty acid concentrations were measured using gas chromatography in ≥1 lipid compartment. Over an average 9-year follow-up period, 15,180 cases of incident T2D were identified in participants who met 1 or more established clinical criteria. Follow-up periods were calculated from time of baseline fatty acid measurement to date of T2D development, any cause of death, censorship at end of follow-up, or loss to follow-up. Inverse-variance weighted meta-analysis was used to evaluate pooled relative risks, which were assumed to represent hazard ratios (HRs).

Limitations to the study included the inability to distinguish between different food sources of dairy fat using biomarkers, which may have resulted in residual confounding. In addition, delayed timing of T2D diagnosis may have limited the study by causing a misclassification of timing in survival analysis.

The researchers found that higher levels of fatty acid biomarkers 15:0, 17:0, and trans-16:1n7 were inversely associated with risk for T2D. “These novel findings support the need for additional clinical and molecular research to elucidate the potential effects of these fatty acids on glucose-insulin metabolism and the potential role of selected dairy products for the prevention of T2D,” concluded the investigators. 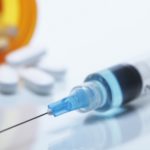 Incretin-Based Therapies Not Associated With New-Onset Depression, Self-Harm in T2D