The incorporation of free fatty acids (FFAs) at the sn1 carbon of the phospholipids’ glycerol backbone was found to be an independent predictor of rapid decline in glomerular filtration rate in patients with type 1 diabetes, according to research published in Diabetes Care.

Because patients with type 1 diabetes frequently exhibit modest abnormalities in lipid levels as measured via traditional metrics, researchers sought to identify lipidomic predictors of the rapid decline of kidney function in type 1 diabetes. Specifically, the investigators hypothesized that there would be a unique pattern of circulating FFAs, acylcarnitines (ACs), and glycerophospholipids that would “discriminate the rapid from slow decliners of [glomerular filtration rate]” in type 1 diabetes.

In total, 817 patients from 3 cohorts with a history of type 1 diabetes who had fasting plasma samples available were randomly assigned to training (n=407) and validation (n=410) subsets. Samples were collected and evaluated between 1995 and 2011. Using these baseline plasma samples, the researchers applied an untargeted lipidomic platform to identify the lipid classes that had the highest number of differentially qualified lipids between the slow and rapid estimated glomerular filtration rate (eGFR) decliners.

Baseline characteristics were comparable between the training and validation subsets. Patients with rapid eGFR decline were younger, had a higher eGFR at baseline, and were more likely to have a urine albumin-to-creatinine ratio (ACR) >30 mg/g. This pattern was replicated in the validation subset.

In the validation subset, patients were more likely to be women, be White, have hypertension, exhibit a higher baseline eGFR, and use an angiotensin-converting enzyme (ACE) inhibitor.

Results of unadjusted logistic regression models demonstrated a significantly higher odds of rapid decline in the training subset; this was replicated in the validation cohort.

Conversely, each 1-standard deviation higher concentration of other complex lipids was associated with lower odds of a rapid decline.

After adjustment for age, sex, diabetes duration, baseline mean arterial pressure, hemoglobin A1c levels, eGFR, and ACR, the significant association of most lipids with rapid decline either disappeared or decreased toward null; only FFA(20:2), FFA (24:3), and FFA (18:2) remained associated with significantly higher odds of fast progression.

Using a multilipid panel in a logistic regression analysis, the researchers found that unsaturated FFAs and saturated sn1 phosphatidylethanolamine-Ps were associated with rapid decline independent of other lipids.

“Saturated and unsaturated lipids were significantly and inversely correlated”; this pattern was replicated in the validation set.

Study limitations include those inherent to the observational nature of the study, which was also underpowered for subgroup analysis by eGFR category.

“These findings suggest that [diabetic kidney disease] progression at the early stage may involve differential incorporation of FFAs at the sn1 glycerol backbone of phospholipids, pointing to PLA1/2 differential activities as the underpinning mechanism,” the researchers concluded, “and that a panel of unsaturated FFAs and saturated PE-Ps representing this mechanism predicts rapid decline of GFR at the early stage in [type 1 diabetes].” 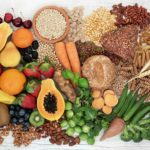