In a survey of youth and young adults with type 1 diabetes (T1D), nearly 9% reported suicidal/death ideation, highlighting the importance of suicide risk assessment in this population, according to study results published in Diabetes Care.

The American Diabetes Association recommends routine screening for psychological comorbidities in patients with T1D, given evidence that patients are at increased risk for depression and suicide. The goal of the current study was to explore the role of comprehensive suicide risk assessments in youth and young adults with T1D.

The study cohort included 550 individuals with T1D aged 10 to 24 years who were screened from January 2016 to June 2017, using the Patient Health Questionnaire-9. Of these patients, 49 (8.9%) endorsed suicide/death ideations on the questionnaire and completed a standardized suicide risk assessment protocol that contained questions on desire and ideation, resolved plans and preparations, and other risk categories.

Clinically elevated symptoms of depression were reported in 83.4% of the patients who endorsed suicidal ideation compared with 9.6% of the overall sample.

A previous suicide attempt was reported by 8 patients (16.3%), 4 of whom used T1D supplies in their attempt. A total of 9 patients reported that they had devised prior plans to attempt suicide by overdosing on insulin (3 respondents) or pills (2 respondents). All patients denied having a current plan to die by suicide, and none reported any preparations for a future attempt.

As for suicide risk assessment classification, most individuals (79.6%) were classified as low risk, 4.1% as low to moderate risk, 12.2% as moderate risk, and 4.1% as moderate to severe risk. By the end of follow-up, no patients had completed suicide.

The study had several limitations, including its retrospective design and missing information on diabetes distress.

“[T]he assessment of suicidal/death ideations is an urgent need in all youth and young adults with type 1 diabetes. Using a standardized framework, assessing suicide risk as part of routine pediatric type 1 diabetes care is feasible,” concluded the researchers. 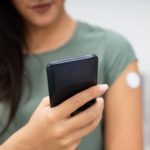