Short-acting exenatide administered 3 times daily with meals as an add-on to insulin treatment in patients with type 1 diabetes had no clinically relevant effects on glycemic control, postprandial glycemic excursions, or glycemic variability, according to study results published in The Lancet Diabetes & Endocrinology.

MAG1C (Meal-time Administration of Exenatide for Glycaemic Control in Type 1 Diabetic Cases; ClinicalTrials.gov Identifier: NCT03017352) was a single-center, 26-week, phase 2a, double-group, parallel-group, randomized, double-blind, placebo-controlled clinical trial performed at Steno Diabetes Center Copenhagen in Gentofte, Denmark. Adult patients with hemoglobin A1c (HbA1c) levels between 7.5% and 10.0% and a body mass index >22.0 kg/m2 were randomly assigned to preprandial subcutaneous injection of 10 µg exenatide or placebo 3 times daily for 26 weeks as an add-on treatment to insulin therapy. The primary outcome was the between-group difference in HbA1c at end of treatment at 26 weeks.

Exenatide lowered glycemic excursions after 4 weeks, but this effect also deteriorated over time, and no considerable effect was noted after 26 weeks. Exenatide did not affect measures of glycemic variability.

After 26 weeks, exenatide did not carry an increased risk for hypoglycemia. However, 4 weeks into the trial, exenatide caused a worsening in some hypoglycemic endpoints, but subsequent improvements were noted. There were 4 confirmed severe hypoglycemic episodes that required third-party assistance with exenatide treatment and 2 such events with placebo.

The researchers noted that the study had several limitations, including limitations related to the study design and the eligibility criteria, large dropout rate with a small sample size, and possible selection bias.

“On the basis of these results, short-acting exenatide does not seem to have a future as a standard add-on treatment to insulin therapy in type 1 diabetes, but we cannot exclude the possibility that subgroups of patients with type 1 diabetes…might benefit from exenatide therapy—further studies are needed to investigate this possibility,” stated the researchers.

Disclosure: This clinical trial was supported by AstraZeneca, the producer of short-acting exenatide. Please see the original reference for a full list of authors’ disclosures. 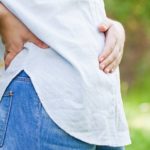