HealthDay News — Dasiglucagon is well tolerated and is associated with an early pharmacodynamic response similar to that of GlucaGen for severe hypoglycemia, according to a study published online in Diabetes Care.

Ulrike Hövelmann, MD, from Profil in Neuss, Germany, and colleagues compared the pharmacokinetic and pharmacodynamic characteristics, safety, and tolerability of different doses of the soluble glucagon analog dasiglucagon with approved pediatric and full doses of GlucaGen.

A total of 58 patients with type 1 diabetes were randomized to receive single subcutaneous injections of 0.1, 0.3, 0.6, or 1 mg dasiglucagon or 0.5 or 1 mg GlucaGen in a state of intravenous insulin infusion-induced hypoglycemia.

These end points were reached by all patients on both treatments within 30 minutes. Treatments were well tolerated; the most frequent adverse event was nausea, which occurred at a similar rate in both groups.

“Dasiglucagon has the potential to become an effective and reliable rescue treatment for severe hypoglycemia in a ready-to-use pen,” the authors write. 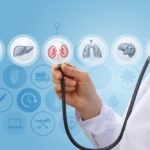 Cumulative Risk of ESRD Decreased Over Time for T1D