The use of the MiniMed Advanced Hybrid Closed-Loop (AHCL) system, which features automated correction bolus function and an algorithm comprising individualized basal target set points, was associated with significantly better glucose control than the use of sensor-augmented pump (SAP) therapy with predictive low glucose management (PLGM) in patients with type 1 diabetes (T1D), according to a study in Diabetes Care.

This randomized, open-label study included 59 patients with T1D (mean age, 23.3±14.4 years) who had no history of using an automated insulin-delivery system. The AHCL was compared with SAP + PLGM in terms of glucose control. The study was conducted across 2 intervention periods, with each period lasting 4 weeks and separated by a 2-week washout period. During the preceding run-in period, participants used SAP therapy with low glucose suspend, with the treatment sequence randomized at time of enrollment.

A limitation of this study included its overall short duration, and the investigators suggest a longer follow-up period could confirm if their findings are sustained and lead to additional increases in TIR.

The investigators noted that AHCL with automated corrections represents “an innovation that effectively targets postprandial hyperglycemia by mitigating factors such as carbohydrate underestimation or late/ missed boluses.”

Disclosure: This clinical trial was supported by Medtronic. Several study authors declared affiliations with the pharmaceutical industry. Please see the original reference for a full list of authors’ disclosures. 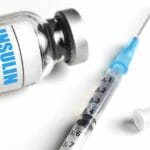