Insulin pump therapy was associated with lower rates of severe hypoglycemia and diabetic ketoacidosis compared with injection therapy in young patients with type 1 diabetes, according to research published in JAMA.

The population-based cohort study — conducted in children, teenagers, and young adults — aimed to examine the outcomes associated with insulin pump therapy compared with injection therapy.  Primary outcomes included rates of diabetic ketoacidosis and severe hypoglycemia during the most recent year of treatment. Glycated hemoglobin levels, insulin dose, and body mass index  made up the secondary outcomes.

The investigators recruited patients younger than age 20 who had type 1 diabetes requiring intense insulin therapy for >1 year from diabetes centers in Germany, Austria, and Luxembourg that were participating in the Diabetes Prospective Follow-up Initiative. Patients who used pump therapy were matched with patients who used injection therapy (n=9814 and n=9814, respectively).

Strengths of the study include a large sample size and rigorous prospective data collection. Limitations include the nonrandomized, observational study design, which is prone to selection bias even with the use of propensity score matching, as well as potential complications associated with the use of insulin pump technology.

“Results of this study provide further evidence that insulin pump therapy, which is a core element of artificial beta cell technology, is safe and effective, even in routine diabetes care for unselected patients at a population-based level,” concluded the investigators. 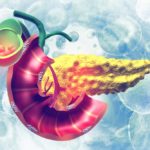