Researchers have identified a correlation between hemoglobin A1c (HbA1c) and glucose time in range (TIR), as derived from continuous glucose monitoring (CGM) devices, in women who are pregnant and have type 1 diabetes. Findings from their study, which was published in The Journal of Clinical Endocrinology and Metabolism, suggest TIR can be used to assess glycemic control in this population.

HbA1c is affected by different clinical conditions during pregnancy, ultimately limiting the ability of clinicians to monitor glycemic control effectively. Limited data are available to understand the association between HbA1c and CGM-derived TIR in women who are pregnant and have type 1 diabetes. To clarify this relationship, the researchers analyzed CGM data from a prospective cohort study among 98 women who were pregnant and had type 1 diabetes.

Patients in this observational study wore CGM devices during pregnancy and the postpartum period. Participants were enrolled from 11 regional medical centers in China between 2015 and 2019. The investigators collected a total of 272 valid CGM-HbA1c profiles during and after pregnancy.

The researchers also performed linear and curvilinear regressions to evaluate the best-fitting model to identify the effect HbA1c had on the relationship between TIR and HbA1c during pregnancy. The analysis revealed a linear relationship between laboratory HbA1c and TIR of 3.5 to 7.8 mmol/L (adjusted R2=0.217; P <.001).

Ultimately, the linear and curvilinear regressions found that with each 1% (11 mmol/mol) decrease in HbA1c during pregnancy, there was an 8.5% increase in percent TIR. As such, a 6.0% HbA1c was equal to a TIR of approximately 78%.

The investigators noted that their findings suggest women who are pregnant and have type 1 diabetes should seek to achieve a TIR of 3.5 to 7.8 mmol/L greater than 78% during pregnancy as a means of achieving the HbA1c target of at least 6.0%.

A limitation of this study was the inclusion of only women from China, which may limit the applicability of the findings across a more diverse population.

The researchers wrote that the findings from this study demonstrated “a significant linear relationship between TIR and HbA1c during pregnancy” and thus offers “a pregnancy-specific formulation for TIR according to the HbA1c levels in pregnancies with type 1 diabetes while considering the influence of Hb.” 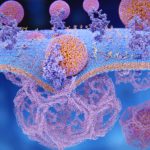