Researchers sought to evaluate whether skin autofluorescence differed during early adulthood — defined as 15 to 25 years of age — between people with type 1 diabetes (T1D) and age-matched control individuals, as well as to determine if skin autofluorescence is associated with kidney disease risk by T1D presence and urinary albumin excretion tertile.

Participants with T1D (n=100) were recruited during a routine visit to the Transitional Care Clinic in Diabetes at the Mater Young Adult Health Centre in Brisbane, Australia. Control participants (n=299) were recruited from an undergraduate biomedical science course at the University of Queensland between 2018 and 2019. A subcohort of patients with biological samples (n=138) were included in a renal substudy (T1D, n=89; control, n=49). The mean participant age was 20 years, and baseline characteristics did not differ significantly between members of the full cohort and the renal subset cohort.

The investigators undertook general linear modeling for skin autofluorescence with the full cohort. In Model 1, both diabetes duration and body mass index (BMI) were significant, independent, positive predictors of skin autofluorescence, whereas height was a negative independent predictor (adjusted r2=0.14; P =1.47×10-12). The addition of age and sex did not improve the model appreciably.

Among participants in the renal subset, patients with T1D had significantly higher eGFR and lower serum cystatin C levels, as well as progressive increases in urine albumin-to-creatinine ratio (uACR) and an increased risk for diabetic kidney disease. BMI was also greater in younger people in the T1D group.

The researchers also examined the advanced glycation end products (AGE) burden within the renal subset and found that skin autofluorescence remained higher in participants with T1D compared with control group participants; this relationship was modestly higher in those who were at the greatest risk for diabetic kidney disease.

Between control and low-risk individuals, serum soluble receptor for AGE (RAGE) concentrations differed; circulating serum soluble RAGE was lower in young people with T1D vs control group participants (973±349 pg/mL vs 1184±379 pg/mL), and HbA1c and fructosamine albumin levels were highest in the high- vs low-risk tertiles for diabetic kidney disease.

Results of a univariate analysis showed that in people with T1D, skin autofluorescence was positively associated with age, diabetes duration, BMI, and height but not with any indices of glycemic control. The uACR was strongly related to plasma serum-soluble RAGE and urinary MG-H1 concentrations, but the associations did not persist following Holm’s adjustment. The eGFR remained independent of all other patient variables collected.

Study limitations include a lack of control data from eGFR, HbA1c, fructosamine, uACR, and urinary AGEs, as well as a lack of control for numerous factors such as alcohol and coffee consumption and smoking, which are known to influence skin autofluorescence levels.

“These studies suggest that greater eGFR and diabetes duration in youth with [T1D] without previously diagnosed complications are markers of [diabetic kidney disease risk] which are not improved by measurement of [skin autofluorescence] nor other markers of AGE burden,” the researchers concluded. “Additional longitudinal studies are required to better establish risk factors for eGFR decline.” 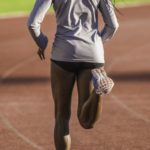