There is a dose-dependent association between smoking and coronary heart disease (CHD) in patients with type 1 diabetes, and in men an increased risk for stroke remains after smoking cessation, according to findings published in Diabetolgia.

Smoking is a well-established and important risk factor for cardiovascular mortality and morbidity, and it also increases the mortality risk in type 1 diabetes. In the current study, investigators assessed the potential dose-dependent effects of smoking on the risk for CHD, heart failure, and stroke in 4506 individuals with type 1 diabetes who were participating in the ongoing Finnish Diabetic Nephropathy study.

Among current smokers, the risk for incident CHD was higher vs people who had never smoked (hazard ratio [HR], 1.45; 95% CI, 1.15-1.84) based on intensity of smoking (packs/day) and adjusting for confounders including sex, hemoglobin (Hb) A1c level, hypertension, duration of diabetes, and body mass index.

“In men, the effect of smoking seems to be not only harmful but also persistent regarding the development of ischemic stroke, with this risk remaining even after smoking cessation,” wrote the investigators. This retention of risk and the dose-dependent effects observed in this study should be considered when managing other risk factors for cardiovascular disease in patients with type 1 diabetes. 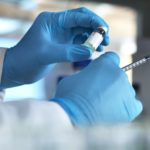