Carbohydrate supplementation is superior to bolus insulin reductions for the prevention of hypoglycemia during exercise in people with type 1 diabetes (T1D), according to retrospective study results published in the Canadian Journal of Diabetes.

Studies have introduced reductions in bolus or basal insulin doses prior to exercise and threshold-based carbohydrate supplementation during exercise as a method for adults and adolescents with T1D to reduce the risk for exercise-induced hypoglycemia. The efficacy of one method over the other has not yet been determined.

Data from 2 clinical trials were analyzed to compare these methods. A total of 18 adults with T1D on stable basal insulin degludec and bolus insulin aspart therapy were assigned to 1 of 3 exercise groups matched for age, diabetes duration, hemoglobin A1c (HbA1c) level, and body mass index (BMI).

Groups B and C included the same 9 patients tested in a crossover design in which bolus insulin doses were either reduced or unadjusted before exercise with a minimum washout period of 1 week between each exercise session. The patients in this group (66.7% men) had an average age of 32.8±10 years, diabetes duration of 14±9 years, HbA1c levels of 7.3±1.4%, and BMI of 25.9±3.1 kg/m2.

Patients in group B reduced their regular bolus insulin dose by 50% at 1 hour prior to the exercise session with their last meal (1 g carbohydrate per kg bodyweight). Group C served as a control with no adjustment to bolus insulin dose or carbohydrate consumption. Patients in group C also consumed their last meal 1 hour prior to the exercise session (1 g carbohydrate per kg bodyweight). Group B and C’s exercise procedure was similar to that of Group A, but with only 42 minutes at the target workload and with no 3-minute active cool-down.

During the exercise sessions, blood glucose level was measured every 6 to 7 minutes and interstitial glucose was intermittently scanned by the monitoring device worn by all participants.

Overall, the study results indicated that carbohydrate supplementation was more effective than bolus insulin dose reductions to prevent hypoglycemia during moderate-intensity exercise in individuals with T1D. This method has the additional benefit of being easier to implement as it does not require additional planning or changes to an individual’s insulin therapy.

A limitation to this study was the slight difference in experimental design for Group A and Groups B and C because of the use of data from 2 independent study designs. Studies with larger sample sizes, consistent study design, longer study duration, and various types of exercise are warranted.

Disclosure: Novo Nordisk funded the studies that provided data for this analysis. Several study authors declared affiliations with the pharmaceutical industry. Please see the original reference for a full list of authors’ disclosures. 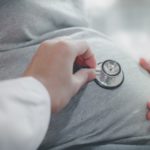 Importance of Temporal Glucose Profiles During Pregnancy in Type 1 Diabetes