An ultra-thin, flexible sensor that sticks to the skin like a temporary tattoo can detect a person’s blood glucose levels, according to a proof-of-concept study published in Analytical Chemistry.

In in vitro studies, the researchers found the tattoo sensor responded linearly to physiologically relevant glucose levels with little interference from common co-existing electroactive species on the sensor, suggesting that the device has high sensitivity and specificity.

The researchers then conducted preliminary testing of on-body glucose monitoring by examining the on-body detection of interstitial glucose levels in seven healthy participants aged 20 to 40 years. While monitoring variations in glycemic levels due to food consumption, results revealed a correlation of the tattoo-based sensor response with that of a commercial glucose monitor.

“This proof-of-concept study supports the application of a skin-worn tattoo-based wearable electrobiochemical sensor for noninvasive glucose monitoring,” the researchers concluded.

Future efforts are aimed at ironing out technical issues, such as how to power the sensor and wireless communication, and eventually conducting a large-scale glucose monitoring study.

The researchers also noted that device and its technology could be used in other ways as well.

“The new tattoo-based iontophoretic-biosensing platform could readily be expanded toward the noninvasive monitoring of other chemical markers present in interstitial fluid and potentially for transcutaneous drug delivery,” they added. 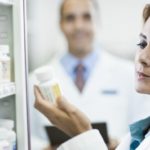