After adjustment for changes in BMI and diabetes medication, individual HbA1c progression rates distributed close to their mean, though the distribution showed a heavy right-sided tail with values up to 0.897% per year (9.8 mmol-1 year-1). The standardized coefficient for BMI effect was 0.37.

To avoid fast progression, researchers emphasized the importance of maintaining stability in just 1 of 3 factors: insulin sensitivity, β-cell glucose sensitivity, or insulin clearance. When all 3 factors were deteriorating, 56% of patients became fast progressors. When a single trait is stable, this decreased to 8% to 10%.

A significant study limitation is the short follow-up period of only 3 years, which results in limited accuracy of estimated HbA1c progression. Additionally, causal relationships could not be inferred from the regression analyses.

“This study contributes to the understanding of the factors underlying diabetes progression, elucidating the processes that might be targeted for personalized treatments,” the researchers concluded. 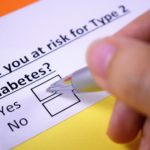