HealthDay News — The rates of 3 major complications at less than 30 days after bariatric surgery are low and vary among surgical procedures, according to research published online in Obesity Reviews.

At less than 30 days after surgery, the rate of anastomotic leak was higher for sleeve gastrectomy (1.21; 95% CI, 0.23% to 2.19%) than gastric bypass (1.14; 95% CI, 0.84 to 1.43%); the rates of myocardial infarction and pulmonary embolism were higher for gastric bypass than adjustable gastric banding or sleeve gastrectomy. The quality of complication reporting was lower than reporting of other outcomes.

“Future studies reporting complications after bariatric surgery should report both occurrence and non-occurrence within a definitive time frame to help evaluate risks of bariatric surgery and allow for valid comparison between surgical procedures,” the authors write. 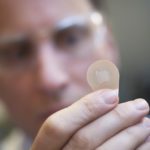