A history of gestational diabetes is associated with increased risk for dyslipidemia, according to study results published in BMJ Open Diabetes Research & Care.

Women with a history of gestational diabetes are at increased risk of developing several cardiovascular risk factors, but the relationship with dyslipidemia remains unknown. Using data collected from 160,527 women who were members of Maccabi Healthcare Services in Israel, researchers aimed to assess the effect of gestational diabetes on postpartum lipid levels.

The study authors noted that they were unable to fully characterize the metabolic characteristics of women before or after pregnancy, including information on diet, which may have had effects on lipid levels.

“[O]ur results demonstrate that women with previous [gestational diabetes] present significant increase in the risk of dyslipidemia,” the researchers concluded. “[I]ncreased awareness among caregivers, as well as postnatal interventions, should begin early after delivery focusing on healthy lifestyle modification to ameliorate the excess future risk of dyslipidemia and its complications.” 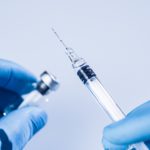