Metabolic dyslipidemia, defined as the presence of low HDL and high triglycerides, in adults with diabetes may be linked with an increased risk for coronary heart disease (CHD), even in individuals with LDL cholesterol levels lower than 100 mg/dL, according to a new study presented at the American College of Cardiology (ACC) Scientific Sessions 2015.

Results from the study, which included 28,313 adults with diabetes, suggest that CHD prevention and therapeutic strategies are needed to address the elevated risk in these patients.

“We were not surprised by the findings, which showed an increased risk of coronary heart disease in this subset of patients,” said study investigator Jamal Rana, MD, who is a clinical assistant professor at the University of California, San Francisco. “A new conversation can now begin based on these findings. There are potential benefits from therapies.”

Dr. Rana, who presented the study findings, said for women, CHD risk was elevated substantively but only in individuals with metabolic dyslipidemia. For men, however, the presence of isolated high triglycerides or low HDL cholesterol, in addition to metabolic dyslipidemia, was associated with higher risk for CHD events.

In this study, the patients were aged 30 to 90 years, with an approximate mean age of 62 years. Mean duration of diabetes was 5 to 6 years.

Dr. Rana said the risk for future CHD among patients with diabetes and metabolic dyslipidemia has been an area of concern. However, little is known regarding risk for CHD for a phenotype with LDL cholesterol levels <100 mg/dl. Previous studies have suggested that these patients with diabetes may be at higher risk for CHD, but those studies were much smaller in scope and numbers.

Dr.  Rana and his colleagues analyzed data on members of Kaiser Permanente Northern California who had low LDL cholesterol levels (<100 mg/dl) but without known CHD. Follow-up was from 2002 to 2011.

The researchers compared the incidence and hazard ratios (HRs) for CHD events in four patient groups:

Dr. Rana said the researchers only looked at statin use at baseline back in 2002, and a significant number of the patients may not have been on statins due to LDL levels already lowered to below 100 mg/dL. He noted that controlling for statin use is important for epidemiological and statistical reasons.

“Endocrinologists can now talk to such patients and use these results to impress on them to be even more aggressive about lifestyle modifications, such as losing weight and exercise, to potentially lower their risk,” Dr. Rana said in an interview with Endocrinology Advisor.

“We now have more information to share with patients. This is the largest study of its kind to my knowledge. We have real-world data and that is important. There remains a need for research in this area as trials so far such ACCORD and AIM-HIGH showed a nonsignificant trend towards reduction of cardiovascular event in this subset of patients.” 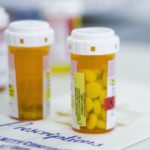